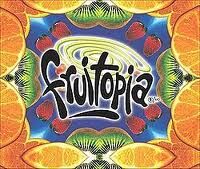 Fruitopia is a fruit-flavoured drink introduced by The Coca-Cola Company in 1994 and targeted at teens and young adults. The brand gained substantial hype in the mid-1990s before enduring lagging sales by decade's end. While still available in Canada and in Australia as a juice brand, in 2003, Fruitopia was phased out in most of the United States where it had struggled for several years. However, select flavors have since been revamped under Coca-Cola's successful Minute Maid brand.

Fruitopia was a pet project of Coke's former marketing chief, Sergio Zyman. The company spent untold sums on the brand, including an initial marketing budget of $30 million, allowing Fruitopia to quickly gain hype in the mid-1990s.

Retrieved from "https://coca-cola.fandom.com/wiki/Fruitopia?oldid=6543"
Community content is available under CC-BY-SA unless otherwise noted.