Coca-Cola Wiki
Register
Don't have an account?
Sign In
Advertisement
in: The Flavors, Juice, Discontinued,
and 2 more 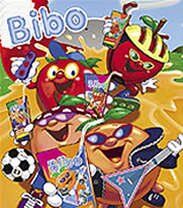 Bibo (or Bibo Juice) is a fruit-flavoured juice developed in 1998 by The Coca-Cola Company. It was originally mainly available in Canada, but has also been sold in Turkey, South Africa, and Mozambique.

Bibo was only produced for a short period of time (about 5 years) in Counties in Canada, Turkey, South Africa, and Mozambique, but its loyal fans would like to see the Coca-Cola Company re-introduce the juice in other countries such as the US.

Bibo was discontinued in 2004.