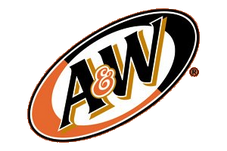 A&W Root Beer is a brand of root beer, primarily available in the United States and Canada, that was created in 1919 by Roy Allen. In 1922, Allen partnered with Frank Wright. They combined their initials to create the brand "A&W" and inspired a restaurant chain

On June 20, 1919, Roy Allen opened a roadside root beer stand in Lodi, California, using a formula he had purchased from a pharmacist. He soon opened additional stands in Stockton, California and five stands in nearby Sacramento, home of the country’s first drive-in featuring "tray-boys" for curbside service.

In 1920, Allen became partners with Frank Wright and the two combined their initials and called their product A&W Root Beer. It has been mistakenly spread in some circles that A&W stands for Alice and Willard Marriot, which has arisen because Mr. Marriot's first business was an A&W franchise.

In 1924, Allen bought Wright's share of the business and pursued a restaurant franchise sales program. With the A&W Root Beer name trademarked with the U.S. Patent and Trademark Office, Allen began selling franchises to others. Buying a restaurant franchise enabled individuals to open A&W drive-ins and vending booths, establishing one of the first franchised restaurant chains in the United States. Franchises struggled with labor shortages and sugar rationing during World War II, but following the war, the number of A&W outlets tripled as GI loans paved the way for private enterprise. Driven by the popularity of the automobile and the new mobile society, more than 450 A&W Root Beer stands were operating by 1950. In the same year, Allen retired and sold the business to Nebraskan Gene Hurtz, who formed the A&W Root Beer Company. The first A&W Root Beer outlet in Canada opened in 1956.

In 1963, the A&W Root Beer Company was sold to the J. Hungerford Smith Company, the firm which had manufactured Allen’s concentrate since 1921. In the same year, the first overseas A&W restaurant opened its doors in Guam.

In 1963, the company was sold to the United Fruit Company, which was renamed the United Brands Company. In 1971, United Brands formed a wholly owned subsidiary, A&W Distributing Co., for the purpose of making A&W Root Beer available in bottles on the grocery shelf. After a test run in Arizona and California, the products were distributed nationally in the United States, along with sugar-free, low-sodium, and caffeine-free versions.

In 1974, A&W introduced "The Great Root Bear," a mascot that served as a goodwill ambassador for the brand. In the late 1970s, A&W Restaurants was formed to manage restaurant franchising.

In 1986, A&W Cream Soda and A&W Diet Cream Soda were introduced and distributed nationally, followed in 1987 by the reformulation of sugar-free A&W as Diet A&W.

In October 1993, A&W Beverages became part of Cadbury Beverages. That company would spin off its U.S. beverages business as Dr Pepper Snapple Group in 2008.

In March 2005, A&W began to appear in the Vintage Bottle, a 20-ounce bottle with graphics reminiscent of an old-fashioned root beer barrel. The brand’s current tagline is “Classic American Refreshment Since 1919.”

Shortly after Allen had bought out Wright's portion of the business, he began franchising the product. His profits came from a small franchise fee and sales of concentrate. There was no standard food menu for franchises until 1978.