What's on your mind?

Does Every Restaurant Serves Coke or Pepsi? 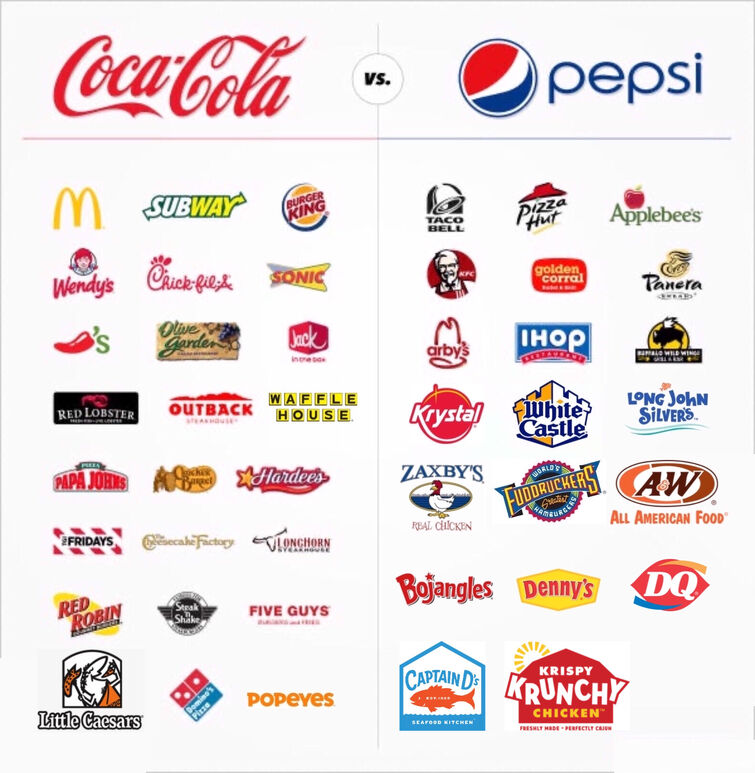 Nos Grape is my favorite for years, WaWa stopped selling it.

What Politics are they pulling saying Nos Grape doesn't sell

Too put some other drinks in Nos Grapes place

Anyone have a funny or random Coke fact that'll interest me during this lovely morning?

This is the place to talk about your favorite topic, to share news, theories, ideas, and to connect with others. The content from your Forum has been converted to Discussions posts, so nothing has been lost.

To learn more about what you can do here, check out community.wikia.com/wiki/Help:Discussions

If you're an admin on this community, read more about how you can customize your Discussions and set up guidelines for contributors: community.wikia.com/wiki/Help:Admin_and_Moderator_Tools_in_Discussions

Hi everyone. If you haven't noticed, I have been extremely inactive. This is because I have lost a lot of interest in this area of wiki-ing. I do actually mean to continue editing, it will just take a while. As you all know lots of the pages have broken templates with no info. I will soon be fixing this. After I do, I will be very in-active on here and I will mostly be doing spam removal. If anyone at all would like to contact me, then leave a message on my talk page. :Ghhghgh (☎) 03:52, April 12, 2013 (UTC)

I still don't get WHY it discontinued? O,o i used to LOOOVE this drink X(

(edited by A Fandom user)

where can i purchase in san antonio, tx?

(edited by A Fandom user)

Just reminding you all that there's a new main page poll!

This was originally posted by an anonymous contributor but moved to the forums. The contributor was 68.13.246.12

I have an extensive collection of coke memorabilia. It includes a 1930's coke machine that holds 6 ounce bottles--and it works. On the outside, it announces the cost as 5 cents a bottle. To obtain one, you must twist a chrome handle on the top that exposes a small metal container that holds the cold bottle. I have the original metal "plates" that have pictures of young, nubile girls from the Roaring Twenties on them, in full color, wearing gashions of the period. I have a 36 inch tall thermometer shaped like a coke bottle with a thermometer that still works. I have all the cokes bottles produced since the 1980's that are made at Xmas and have pictures of Santa painted by famous artists on them. I have all coke bottles from famous football games like Nebraska v. Okklahoma, 1971, "The Game of the Century," SuperBowl bottles from 1970 thru the present; bottles from Olympics such as the 1996 Atlanta site; and 6 ounce bottles from 1920 thru the present. Many of these have where they were made, including Tulsa, OK; New Orleans, LA; Amarillo, TX; Tahita, French Polynesia; Tortola, The British Virgin Islands,; Kilkenny, Ireland; Sacremento, CA; and many others. Many of these bottles still have the coca-cola in them. I have a Depart. 56 Coca-Cola Bottling Plant as well as the Delivery Truck and figurines delivering the bottles. You nameit--I probably have it. Many are for sale. If interested, feel free to write me at iansplanet@cox.net. I will respond and include a picture if the item that interests you. I am also interested in collecting things I do not have, so feel free to contact me if you have something to sell. I drink about six bottles a day but still weigh only 150 pounds and can bench press 250 like I could when I was a swimmer in high school. Thanks for reading.

Hey everyone! First post on the Announcements board here, and I want to talk about something to due with categories. In my earlier months of editing at Wikia, I thought that adding a lot of categories to pages was better, since people could search for them and find them easier. But now that I have matured I see that this actually is bad. Adding the same category in different variations are not helpful at all. So I want to ask all editors to go around the wiki and delete all categories from pages that are like this: CocaCola, Cocacola, Coca-cola, and any categories that have the same name as the page it's on, unless it has variants that are linked to the page. Thanks for your time!